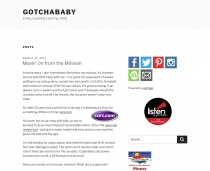 Friends, we are living in the what feels like the arctic tundra in central Indiana. We’ve have below zero temps, school delays and cancellations, and the air is as dry as a desert. It’s really not how I prefer to live.

This past weekend, school was cancelled Friday, giving the kids a four day weekend since Monday was a holiday. Four days of figuring out inside amusements without giving into their dream of creating their own YouTube station.

COULD WE DO IT?

As it turns out, yes! Basketball Saturday, swimming Sunday and then a Harlem Globetrotters game Monday kept everyone from climbing the walls. The Harlem Globetrotters have made it a tradition to come through town on Dr. Martin Luther King Jr’s birthday and play an afternoon game. This was the first time we’ve been to a game, but it won’t be our last. All four of us were entertained for two hours by tricks, stunts and slapstick comedy, all while watching Indiana’s favorite sport, basketball.

The Globetrotters tour across the country year round, and are probably coming to a city near you this year. Ready to save money on some tickets?

Disclosure: Thanks to the USFamilyGuide & The Harlem Globetrotters for providing tickets to see this game in exchange for my honest review.

Leave a Comment
submit a review Join our blog team

Proud Member of The US Family Guide Network